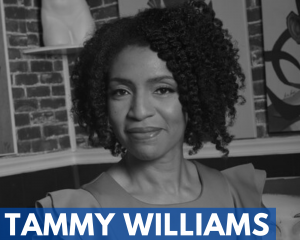 Having majored in Mass Communications/Radio & Television Production, her career in television began directly after college as an editor in news at WTVF-TV (CBS) in Nashville, TN. She started writing and producing short form promos and commercials at WRCB-TV (NBC) in Chattanooga, TN and then expanded to long-formatted documentaries and live shows at WDSU-TV (NBC) in New Orleans, LA.

In 2012, Tammy Williams became the first black woman to own her own studio and post production facility in the state of Georgia.

She launched her Job Training and workshop academy in 2012, which provided hands on training in the film/tv industry. Now Tammy’Dele Films Job Training & Workshops include: over 21 Workshops. Visit tammydelefilmsworkshops.com for more information.

Tammy established Tammy’Dele Films,  a film, television and digital production company. She has a diverse portfolio of writing, producing and directing credits in addition to post production and multi-camera crew management.

Favorite Quote: “They may not see you coming, but they will know when you get there.” 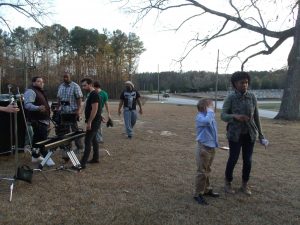