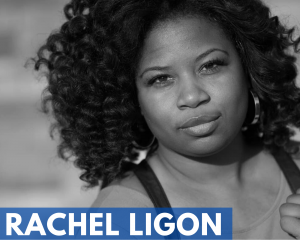 Rachel Ligon is a former news Producer for NBC/ ABC news affiliate stations in St. Louis MO, Phoenix AZ & Jacksonville FL.
In September 2017 she moved to Atlanta to pursue her dreams of becoming a Producer in scripted television and Film.
After attending a Office & Set PA workshop hosted by Tammy Del Films, she befriended a fellow attendee who helped her get one of her first industry jobs at Tyler Perry Studios. Rachel quickly realized relationship building is the key to success in the film industry.
During her year and a half experience at Tyler Perry Studios, Rachel’s credits includes The Haves & the Have Nots, Too Close to Home, If Loving You is Wrong & No Body’s Fool starring Tiffany Haddish. Outside of TPS studios she was fortunate to work on NBC’s Night School starring Kevin Hart. FOX’s TV drama Star & Most recently Disney’s The Resident seasons 3 & 4….just to name a few.
Through her film career, Rachel has held various titles such as, Set PA, Office Pa, Producer’s Assistant and Accounting Clerk. Still on her journey to become an acclaimed Producer, Rachel has teamed up with her industry friends to independently produce short films and sitcom Pilots.

Favorite Quote: “With God, all things are possible.”  Matthew 19:26 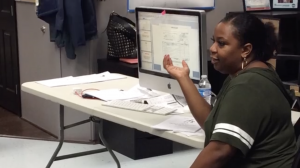