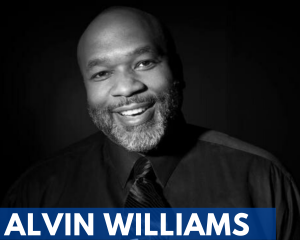 Alvin V. Williams is currently, Writer, Producer and Educator for Tammy’Dele Films. Williams’ current productions include, The Chronicles of Ernie and Cerbie, Dempsey The Dog, Rescue Sal and Whistle Blower.

Williams is former Executive Vice President and co-founder of Alchemy Networks, developing a new digital to TV model targeted to the 13 to 34 multicultural millennial and 25 to 54 women of color. Alvin was responsible for marketing, business development, publicity, online, social media and ad sales.

Williams’ tenure also includes a post as Senior Director of Music, Talent & Acquisitions at UP TV, where he was instrumental in launching the small cable network from zero households to over 40 million households as Director of Affiliate Marketing & Affinity Promotions. Alvin was later tapped by the CEO to create the Music Industry & Acquisitions department that lead to success of advertiser supported short-form and long-form programming, the creation of Gospel Play, and acquisition of a wide range of programming for the network.

Williams is also a former A&R director, first with Word Entertainment/Warner Brothers, where he was responsible for signing and executive producing projects for artist such as Shirley Caesar, Marvin Sapp, The WOW project, and others. Williams also created and was Director of Music Word Gospel/Sony Music. A&Red projects and working with such artist as Beyonce, Kelly Rowland, Michelle Williams, and MTV/Paramount Pictures movie, The Fighting Temptations. Under Williams direction, his first release with Michelle Williams entered the Gospel Billboard charts at #1 as well as his second release, debut at #1, The soundtrack to The Fighting Temptations.

He holds a B.A. in Business Administration from Tennessee State University and is an honorable discharged veteran of the United States Army. 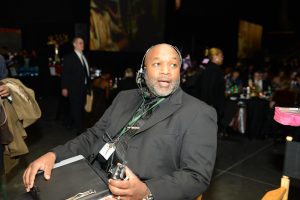